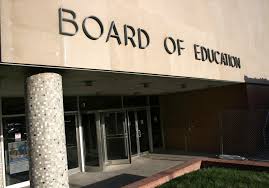 District-Syndrome
dis·trict /ˈdistrikt/  syn·drome /ˈsinˌdrōm/
/noun/
A condition whereby education reformers believe that education can only be improved at scale by working with the district.
“Business leaders created a city public education fund and made the superintendent the board chair because they suffered from District-Syndrome.”
“Education reformers viewed charter school expansion as a boutique solution because they suffered from District-Syndrome, which prevented them from understanding that you could scale the charter sector quicker than you could improve the district.”
/causes/

I strongly want school districts to get better.

I admire many district superintendents.

I’m just deeply cognizant of how structural barriers make their work extremely difficult, no matter how brilliant the leader.

I believe that there are alternate paths, such as creating charter districts, that might increase educational opportunity at a faster pace.

I don’t know if I’m right about my preferred strategies, but I worry that District-Syndrome will prevent us from ever finding out.

This site uses Akismet to reduce spam. Learn how your comment data is processed.