Homo Deus is Yuval Harari’s follow-up to Sapiens, which was excellent.

For most of time, humans struggled to overcome three evils: famines, plagues, and wars.

In part because humans really had no good answers to these problems, God became the center piece of coping with this evils. It was God’s will, rather than human agency, that was the causal foundation for what happened on Earth.

The Enlightenment and the Industrial Revolution changed all this – rationality and science allowed humans to begin taming famines, plagues, and war – which also eroded God’s standing.

Together, the emergence of the Enlightenment and the Industrial Revolution – as well as the decline of religion – led to a very turbulent 20th century, where numerous countries and societies experimented with new social structures.

Ultimately, capitalistic welfare states won out on the economic front, and Humanism (seeking meaning by looking inward rather than by following God’s will) is winning out on the social / spiritual front.

Because we’ve made so much progress defeating famine, plagues, and war – we’re now turning our attention to achieve immortality, happiness, and, ultimately, god like abilities.

Humanistic capitalism will be threatened by the rise of robots / computers that will undermine the foundations of both humanism and capitalism.

Because machines will be become more advanced than us, it won’t make sense for human intuition and reasoning to be the foundation for morality; and because machines will takeover the human economy, human centered capitalism / welfare states will no longer be the optimal way to structure an economy.

Harari indicates that techno-humanism would likely collapse on itself pretty quickly and that data-ism is our more likely future.

II. Harari is a Great Writer and Historian

It’s hard not to envy Harari as a writer: he’s logical, funny, insightful, and has an uncanny ability to elucidate complex subjects through pithy one-liners, stories, and thought experiments.

We’d all be a lot smarter if more non-fiction writers wrote with his intelligence.

Harari also does an incredible job of identifying and explaining the drivers of human material and cultural development.

Most of the main ideas in Harari’s analysis of the future can be found in deeper and more expansive works (writers along the lines of Ray Kurzwel, Robin Hanson, etc.)

While Harari’s writing and analytical abilities make him a first class historian, these skills do less work in enabling him to make insightful predictions about the future.

What I would have thought would be obvious topics of deep exploration – such as technical analysis of the computing power needed for a singularity type event, as well as the underpinnings of consciousness – receive very little treatment.

Harari just argues that data-ism will likely occur and that we can’t really predict what that will be like.

I would have loved to read a much deeper analysis of on how and when data-ism might occur, as well as some hard thinking about what economics and values might govern this new world.

Homo Deus is worth reading, but, unfortunately, it’s not groundbreaking.

I am at my best when:

I do not believe in diets or 90 day exercise regimes or anything like that, so my effort is spent trying to tweak my life to make the above livable long-term habits.

I am improving but have a long way to go.

As for meditation, I started meditating in law school and even lived in McLeod Ganj for a few months, where I worked with the Tibetan Government In Exile.

But I find it very hard to meditate daily, especially when so much of my life is structured around quick and / or deep mental bursts.

Recently, a friend recommended the app Headspace, which I have started using.

So far, the meditation techniques are fairly basic (I’ve only done the first four), but, despite (or perhaps due to) their simplicity, I find the mental barrier to begin meditating is lower with the app.

I hope this continues and my practice improves.

A common meditation technique is to let your thoughts float by as if they were clouds; to treat thoughts as separate from consciousness; to understand them as passing sensations.

It felt very good and, for an instant, fully dissociated me from the education reform tribe.

My guess is that this is an important habit to cultivate, that emotional separation is as important as intellectual separation when it comes to acting with empathy, reducing bias, and developing non zero-sum solutions. 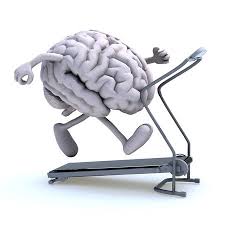 I’m not an expert in brain science, so I will not attempt to evaluate the science. I’ll just note that the findings are based on correlation, not causation.

This findings mirror other findings linking poverty to reduced IQ.

Furthermore, let’s assume that the negative effects can be completely eradicated by increasing the wealth of those living in poverty.

The question then becomes one of wealth transfers: what tax rates would we need to give enough wealth to those living in poverty in order to eradicate the negative brain development effects?

The Laffer Curve is a simple way to understand the trade offs between tax rates and revenue. The key insight of the curve is that there is some point at which tax rates are so high that they reduce tax revenue. For example, at a 100% tax rate, presumably no one would work, which would mean no revenues for government.

So, if you want to to raise taxes to fund wealth transfers, you want to make sure you stay on the “good” side of the curve (once you cross to the other side increased taxes do not increase revenue).

There’s not universal agreement on where the curve peaks, but estimates generally fall in the 50-70% range.

That would be 8 million households with children living in poverty.

Let’s say we wanted to transfer $20,000 worth of wealth to each of these households, which would presumably lift most of these households out of poverty. For example, someone with children earning minimum wage probably makes around $20,000 a year post tax transfers, so this proposal would double her earnings.

Raising another 160 billion would require a ~5% increase in federal tax revenue.

This is all back of the envelop math, but I think it’s roughly right. Let me know if I’ve made any major errors.

A 5% increase in federal tax revenue will likely keep us on the “good” side of the Laffer Curve, especially if the revenue is drawn from both middle and high income taxpayers (the broader the base, the less likely any specific group is going to see their tax rates skyrocket, though the top 10% of tax payers produce the majority of income tax revenue, so the impact would likely be concentrated at the top).

The next question would be how to transfer this wealth. Direct transfers could reduce the incentive to work, while wage subsidies would only impact those who do work. Direct transfers that are predicated on behavior (child attendance in school, etc.) could also be an option.

My preference would be to emphasize a mix of wage subsidies and conditional transfers, but I’m not an expert on the mechanics of wealth transfers, so others might come up with better ideas. There is probably some trade off between covering all households in poverty and incentivizing work. We may also want to keep the tax “reward” for having children from being too high.

Given my philosophical beliefs, I’m generally inclined to raise taxes as high as they can optimally go. No one chooses her genes; no one chooses her environment; and I’m skeptical of any strong versions of free will. To paraphrase Obama: you didn’t build you.

So I find hard to justify why some people should have way more money than others.

My philosophical beliefs aside, there may be strong scientific reasons to conduct wealth transfers.

Ensuring everyone’s brains develop to their full potential seems like a good enough reason to me.

Lastly, given my lack of expertise in taxes and transfers, all feedback especially welcome.